Here at George’s, you’re not just a customer, you’re family!

We have been proudly serving your favorites for over 25 years and pride ourselves on our fast and friendly service. We offer an extensive menu which features many house-made favorites, including our soups, chili, Broaster chicken, and famous meatloaf.  We have something for everyone! On behalf of the ownership, management and staff, we sincerely appreciate your continued business and support!

We are proud to be a multi-year winner of The Best Of Dayton!

Dayton.com for the Dayton Daily News

George’s HALF-POUND Classic Cheeseburger uses fresh, never frozen ground beef. Our burgers are hand-pattied and cooked at the time of your order. Try one of our nine specialty burgers, including the Inside-Out Mushroom Swiss featuring Mushroom and Swiss Cheese cooked inside and outside of the burger, or try our Western Burger featuring our Sweet BBQ Sauce, Crispy Bacon, Cheddar Cheese and Topped with Onion Rings!

Even if you’ve never been down this stretch of North Dixie Drive, you’ve probably heard of George’s Family Restaurant. This diner has been part of the fabric of Dayton since 1994 and has won accolades all over Dayton media, including (but not limited to) Dayton’s Best Diner in the Dayton.com Best of Dayton poll. With a ton of fans and a full, diverse menu it’s no wonder this popular eatery wins award after award. The diner serves American favorites like Burgers, Breakfast and Meatloaf as well as a few Greek specialties like Gyros. There’s also Broaster Chicken, Pork Chops and Fish on the menu including an All You Can Eat Broaster Fish Dinner every Friday. Soups and Sauces are made by hand and Breakfast is served all day. 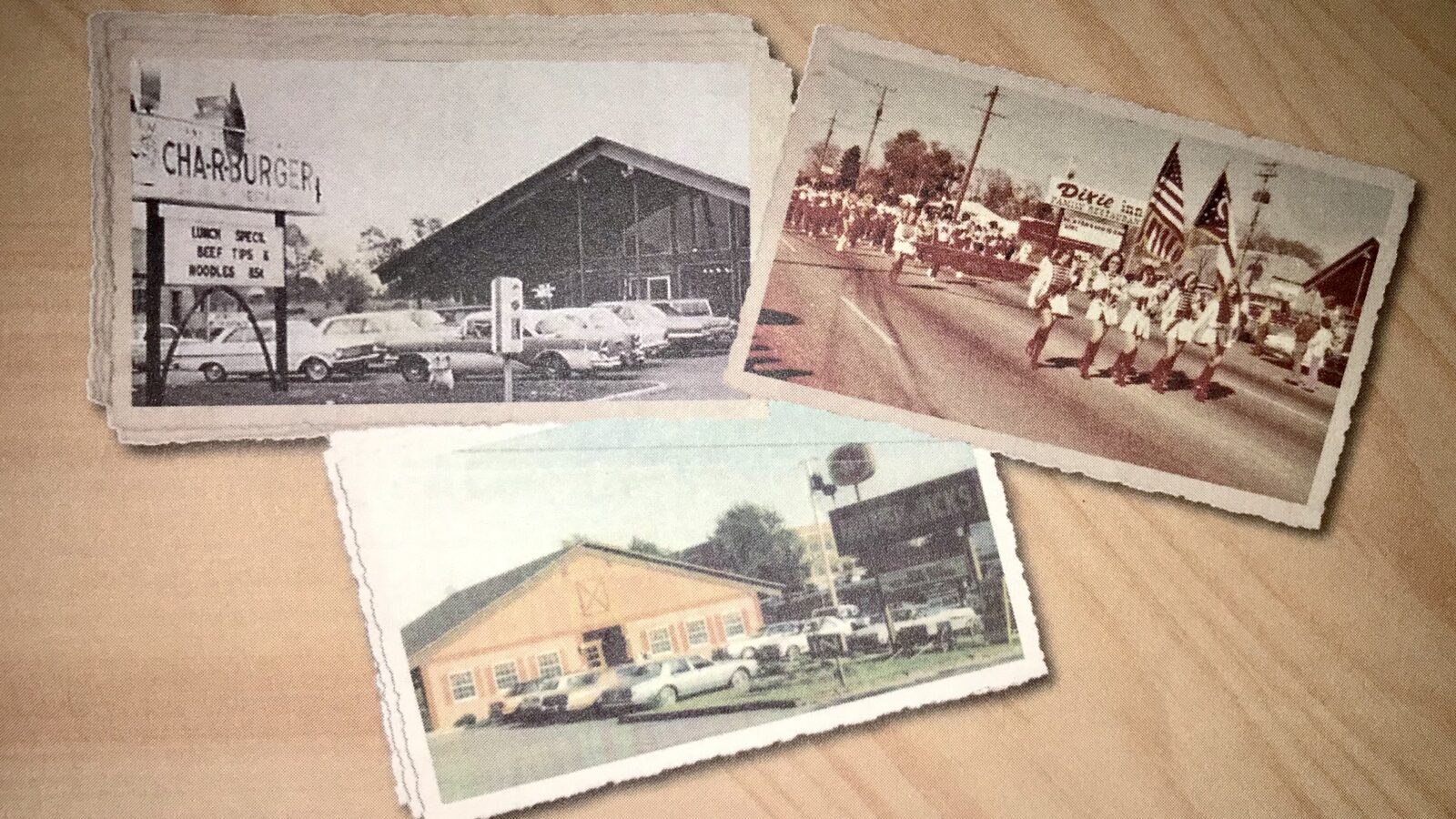 Our Story, And History Of A Northridge Staple

Back in the 1950’s, Charburger opened the doors as the first in a line of restaurants that would eventually becomes George’s Family Restaurant. Charburger was the place to be seen on the Dixie Strip and all the cars out cruising would pull around back for car hop service. The interior boasted high vaulted ceilings, large windows, and a copper grill hood over twenty feet tall. After Charburger, the Dixie Family Inn took over for a few years during the 1970’s. Farmer Jacks followed and was a staple in Northridge throughout the 1980’s. People remember the salad bar, wishing well, dance floor and spent many nights dancing to Country music being played in the corner. Farmer Jacks became Southern Bell for a few years until George Dimitrouleas and his business partner, Chef Mike Giolekas, opened up George’s Family Restaurant in 1994. George sold the business to his Son, Dino, and his significant other Elesha in 2003. An expanded menu featuring Genuine Broaster Chicken, Broasted Fish, and Broasted Pork Chops was introduced in 2010. We celebrated our 25th Year in operation during 2019.

Many of Mike’s original recipes are still being used to this day including our Lemon Chicken Rice Soup, Meatloaf, and Spinach Pie. This truly is a family business as George’s has a pair of Sisters managing operations as well as sets of Brothers and Cousins working in the back of house. We also have two Mother-Daughter teams serving tables up front! There are many employees who have been with George’s since the 1990’s and many customers who have been dining here since the Charburger days.

Whether it’s your first time or your 50th, WELCOME! We hope you love it here as much as we do.

Wednesday: Our Friends over 55 get 10% off Everything-even the Senior Menu items!

Friday: All You Can Eat Broaster Pollock with Fries and Coleslaw for $9.99

Sunday: We Close at 3pm

We LOVE Breakfast for Dinner! Breakfast Served All Day!